Chris begins by explaining his work as an artist/illustrator, emphasizing that it can be both.  He talks about the practicalities and freedom of illustration, and how it can take you down multiple pathways. Chris explains that his practice is made up of commissions and teaching, that he has designed CD covers, animations and books. His work also spills over into other disciplines such a graphics, fine art, photography, Chris is keen to show that illustration can be much more than pen and ink. He’s influenced by the works of Tim Minchin and Edward Gorey who’s style influenced Tim Burton, and encourages the participants to consider what their illustrations might be in response to- i.e. poetry. Participants will be exploring the method of storytelling, and the relationship illustration has with a narrative.

The first task is to draw their fellow participants as an exercise to loosen their drawing skills up. The participants are quick to begin drawing and many take their time in creating some very detailed observations. Many students are studying “still life” in school, and Chris makes the link into his own illustrative practice. He emphasizes how this simple task informs the basis of everything we do artistically. After looking around the room at the portraits being created Chris comments “A lot of you are producing some really good work. I’m really impressed!”

Students then move on to the second task of the day which involves picking a character, an action and a surrounding from three hats. Participants were then asked to devise a story from these, which will be transferred onto a bottle using ceramic pens and sharpies. Many participants discovered new ways of using these materials, for example the ceramic pens if pushed down hard enough create colourful drips of ink, which they used to enhance their illustrations.

These stories became intricate and thoughtful designs. Chris tells the history of this method of storytelling through ancient Greek vases, to the modern day interpretations of Grayson Perry. Once these stories were completed on their bottles, participants then began a collaborative version by sending around one bottle and adding to it as their turn came. The result was some beautiful and colourful illustrations. 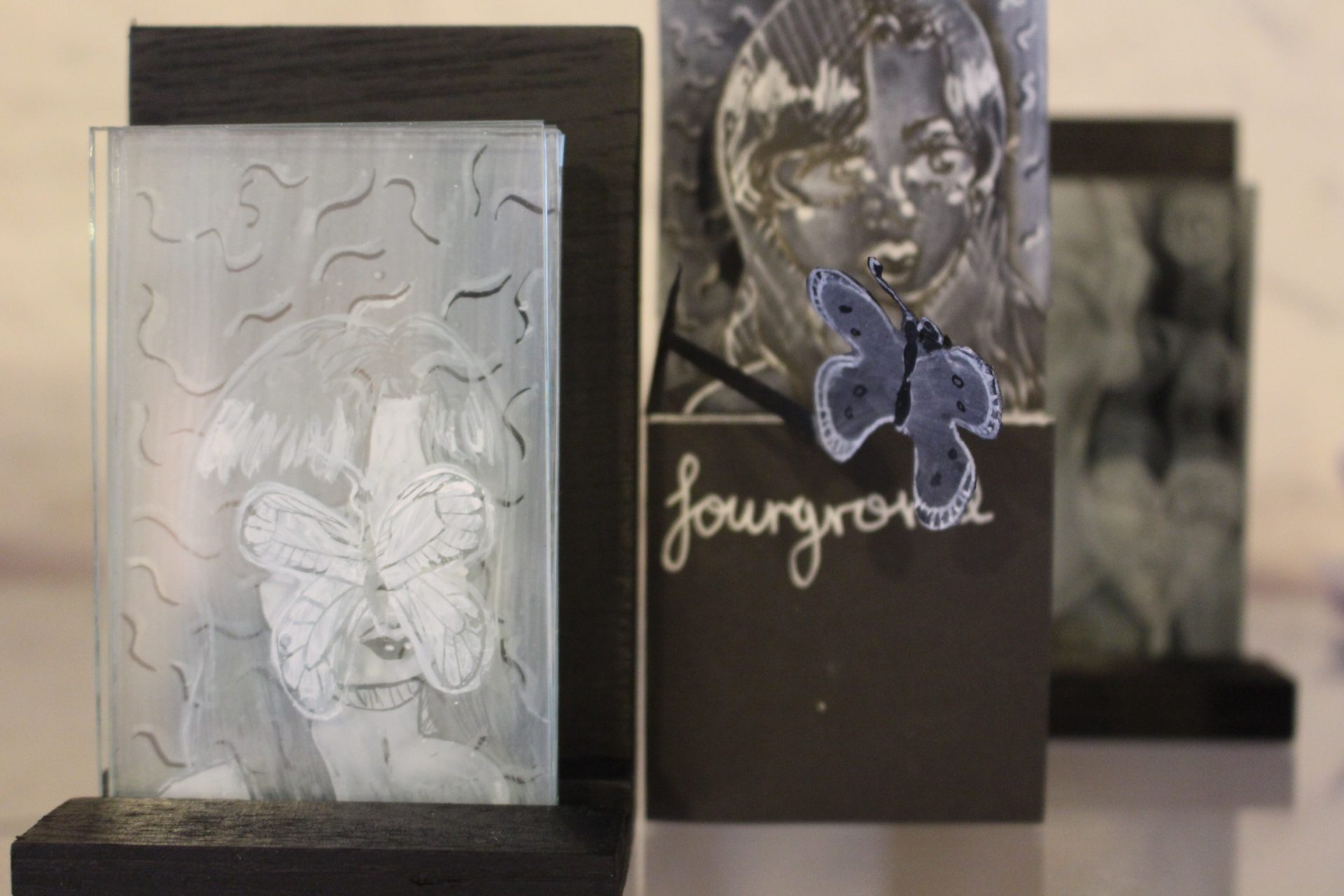 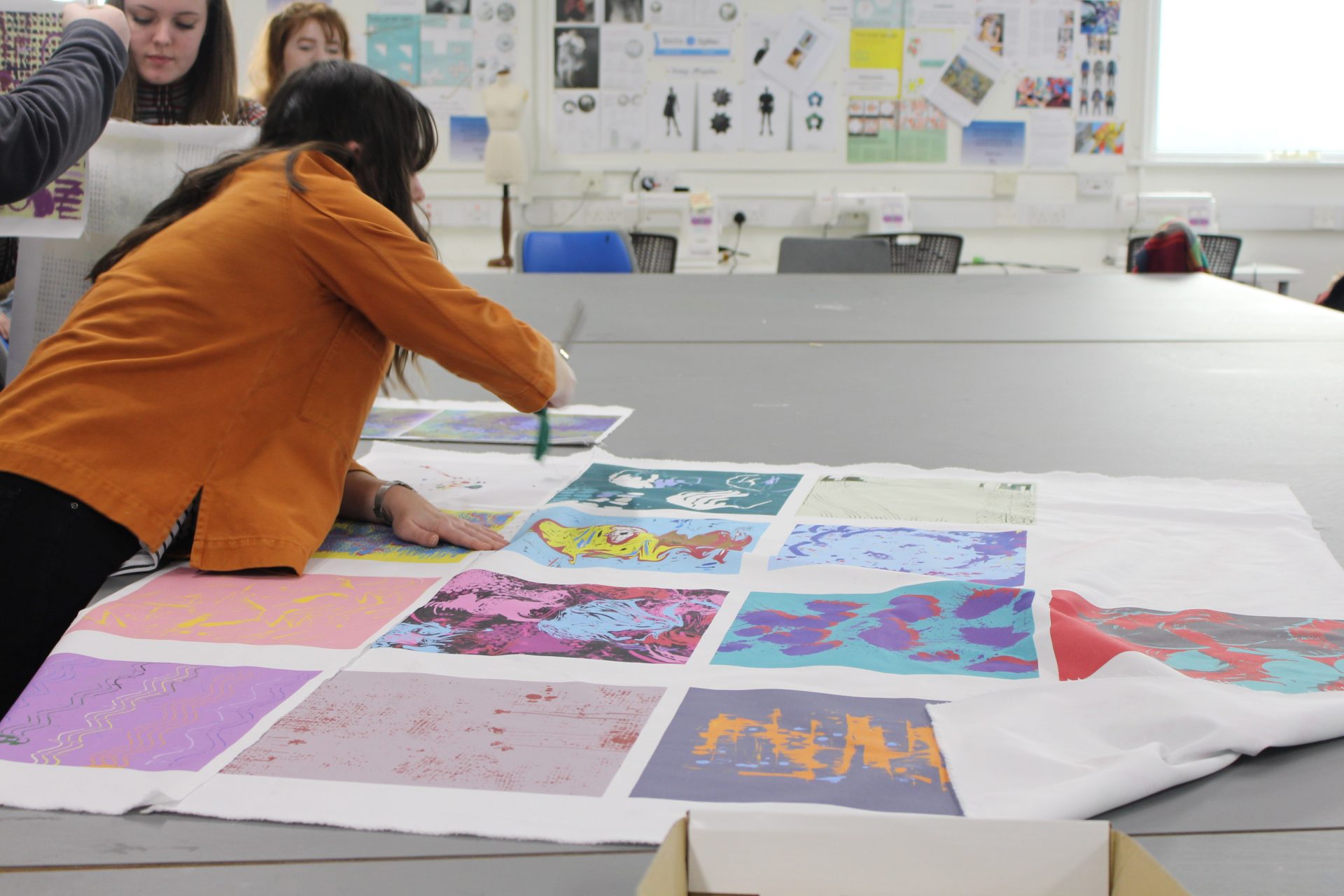 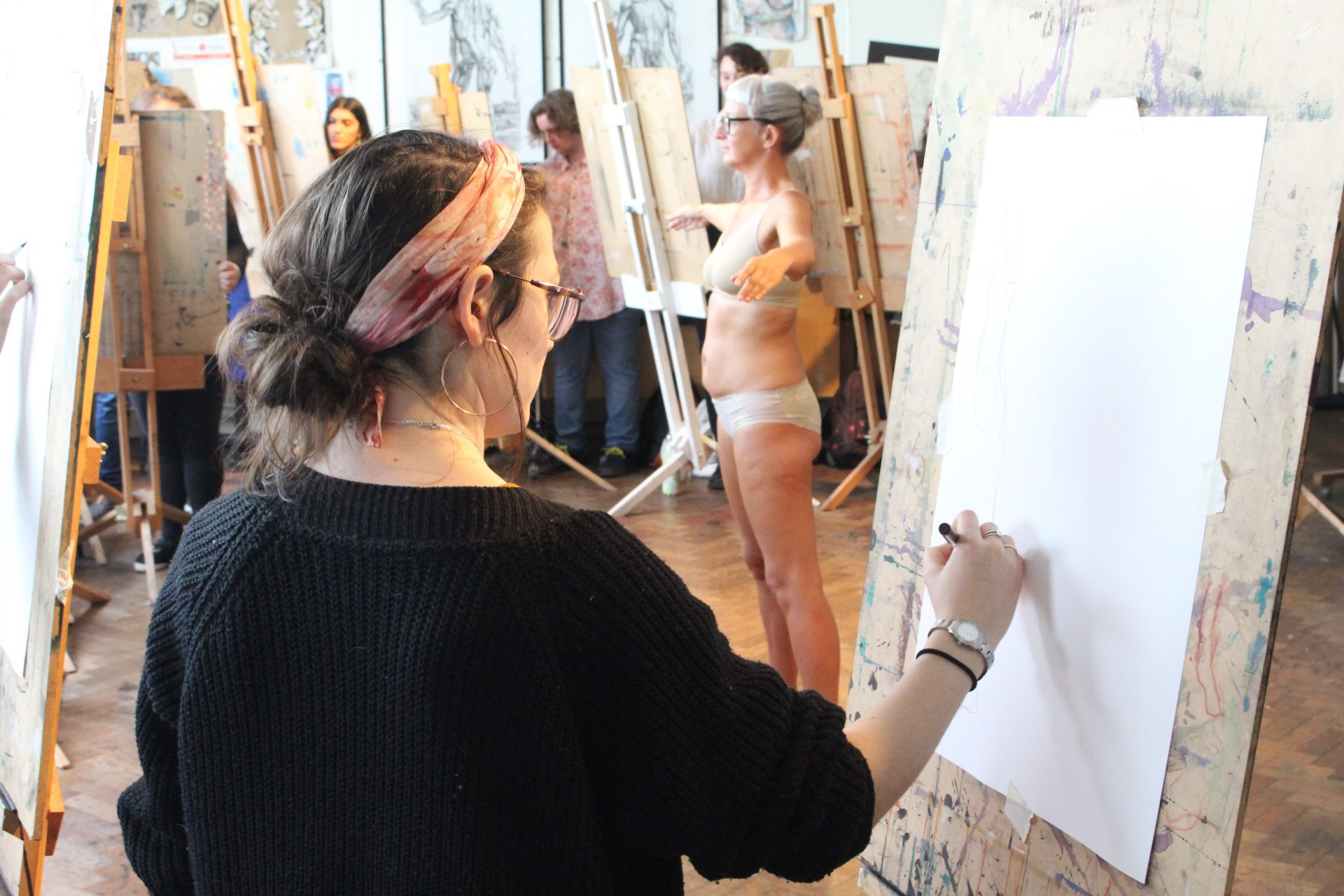